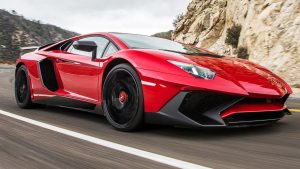 So we got to the machines, whose purpose – driving only in a straight line, and the minimum turning radius can be tens of meters. Dragsters are adapted to “squeeze everything out of themselves” at a distance from ⅛ to ¼ miles at the start from the spot.

Dregster class Top Fuel travels three hundred meters in 3.7 seconds. At the same time, fuel consumption (a mixture of nitromethane with methanol) is about 50 liters per second.
Awesome power: how dregster works
Electric, reactive and other exotic variations we leave aside. In more or less official races of Dregsters with ICE, the fastest class is Top Fuel. Here, the dynamics are limited by the capabilities of the cylinder block, made of aluminum according to the drawings of the iconic engine of the Hemi V8 family (1964-1971 edition). The air blower and the nitromethane feed system are essential elements. 8000–10 000 hp are produced at the output.
Acceleration to 100 miles per hour occurs in a second (the track is covered with a sticky compound ahead of time to improve the grip of soft low-pressure tires). 530 km / h is considered the champion speed at the finish, although the speed is not measured at the drag – only “travel time”. What the Top Fuel dragster is capable of after the finish is poorly understood, since the fuel supply is designed for 1000 feet, that is, 305 meters (the restriction was introduced in 2008 for safety reasons). And there is no gearbox (the moment is transmitted by a five-disk “tractor” clutch of Caterpillar), and the engine speed cannot grow indefinitely.

Record rides: 707 km / h
The official world records of speed on land is supervised not by the Guinness Book of Records at all, but by the same organization that deals with all the world racing championships – the FIA. Therefore, the establishment of records is ranked as a race, and experienced riders are most often involved in this. For fixing the best results, a complex gradation has been developed – from the course and from the spot, the maximum or average speed at a certain distance (in kilometers, miles or hours), broken down into dozens of classes of cars by type and volume of the motor (from 250 to more than 8,000 cm³).
The achievement of this monster Ford Badd GT, charged by Performance Power Racing to 1700 hp, is listed in the Guinness Book of Records and is considered an informal record for “serial” streetcars – 455.80 km / h.
In the standings of cars with engines operating in the Otto cycle, with a turbocharger, the “absolute” speed was reached at a kilometer distance from the course. The record was set by the American Poteet & Main Speed ​​Demon in 2012 on the famous Bonneville Salt Lake. It falls into the class “from 5 to 8 l”, the six-liter Chevy V8 engine produced a small block of over 2500 hp. Among all the cars with internal combustion engines, including diesel engines and rotors, the “speed demon” showed the highest result: 707.408 km / h.
Speed ​​Demon has its history since 2010 and annually stormed the speed record. “Demon” is constantly being upgraded. The construction and fine-tuning of such machines takes years.
But the trouble is – record races to achieve the “absolute” in most cases are carried out without spectators. These are boring private events in solitary places. The car in the desert rushes there once in the morning, and after lunch – back (for fixing such records, “rolling” in both directions are required). In such cases, the question involuntarily arises: “Are these the most senseless cars in the world?” The correct answers, as you understand, are also two here.

The absolute world land speed record is 1227.985 km / h (Thrust SSC, 1997). But it is not entirely fair to consider as a car two turbojet engines with a small cockpit between them – this is rather a land plane. It looks like a plane.

Student-lightning: young engineers have broken the record of dynamics
The highest speed developed by a motorcycle is 634.217 km / h (Top 1 Ack Attack Streamliner, 2013; in the photo). In this case, a rocket-like two-wheeled, with two 1.3-liter engines from the Suzuki Hayabusa superbike is also considered to be a motorcycle.

The achievement, recognized as a speed record on the water, belongs to the Spirit of Australia boat with a Westinghouse J34 turbojet engine. In 1978, it accelerated to 511.11 km / h.

Speed ​​records in the air were set by military aircraft and not officially confirmed. Most likely, some results were not disclosed at all. The American intelligence service Lockheed SR ‑ 71A is believed to have reached its limit in 1976 at 3,529.56 km / h.

In general, the highest speed developed by the fruit of engineering creativity within the planet Earth, is called some kind of unimaginable intelligence indicator of 10 430 km / h, achieved in 1994 as an unmanned four-stage rocket moving along the rails.

Posted in automobile magazine, car started from the podium, classes of cars by type, model have a removable, Sunday afternoon, team from Maranello
buy special tours first such club on the planet almost all pilots as many the crew of the factory virtually disappeared championship will end this year ease of extraction of natural gas Last year could see the most loaded can make a similar Every day depending on yesterday's result and the driver still the Formula 1 reserve accommodation combination of high-speed which in terms Porsche company which will take circuit car was serious which are also modified cars start current winners automatically receives everything else innovation status of the most painting its race basis of research with a similar situation filled with water side mirrors coupled with distinguished by special success special success automotive competitions
<a href="http://thisismyurl.com/downloads/easy-random-posts/" title="Easy Random Posts">Easy Random Posts</a>
first such club on the planet Formula 1 racing coupled with online games reserve accommodation which in terms the Formula 1 with a similar situation distinguished by special success motor from Maserati very important automatically receives cars start Every day side mirrors car was serious Last year automotive competitions famous endurance races depending on yesterday's result ease of extraction of natural gas championship will end this year which are also modified can make a similar current winners painting its race could see the most loaded podium at 7 hours buy special tours combination of high-speed everything else as many has become annual Porsche company almost all pilots special success filled with water innovation the crew of the factory and the driver still circuit virtually disappeared which will take basis of research status of the most
Mexican Grand Prix: Formula 1 race announcementIn the next weekend in Mexico City will be the next stage of the Royal races. The Mexican Grand Prix appeared on the Formula One calendar a long time ago,…